Advanced search
Ad blocker detected: Our website is made possible by displaying online advertisements to our visitors. Please consider supporting us by disabling your ad blocker on our website.
NOTICE: If you are a returning member, please reset your password to be able to log in as your old password can no longer be used. Make sure you check your spam/junk mail folder in case the reset consent mail lands there. Additionally, you may not reply to or start new topics outside of the non-archive zone.

Intro : Many Years ago , the earth was full of Mobile Suits that caused chaos in the planet Earth . Many people lived in fear as many innocent people were powerless and defenseless against the Mobile Suits . But one day a mysterious mobile suit that shined very bright light came down from the sky and wiped out all of the wild MS and disappeared from sight . But after the defeat of the MS , a mysterious alliance that was secretly formed plan to abuse the fallen Mobile Suits by repairing them in order to rule the Earth . *Showing a dark image of a mysterious MS* Will anybody stand up against this alliance to grant peace ? The story of another battle will begin .

Intro : Meh the above , its repeated every chapter ingore it if you wish


"Wow this is a mobile suit ? Whoa thats awesome" says Kamui with a 8D expression


"Yup , and this is my first MS ever , I`m gonna use this well" says Hikari with a serious look


"So , really looks like your going after it huh ?" asked Kamui


"Yes totally , I am not going to let it get away after that day" Hikari said with a tightened fist


Suddenly the two receive a signal from their PDAs


"Ok I hate to disturb you two , but there`s an enemy MS coming into the G SYSTEM , And it seems like its going to take away your MS" Says Marie ( Friend of the two )


After a few moments , the MS identified as a Genoace entered the G SYSTEM .


"Almost , wait gimme hand , send me the data of the manual that Marie handed over to us , Send it over to my Stark Jegan"


"Alright alright , Here you go . Does that thing have any weapons though ?" asked Kamui


"Ugh , all I have is the beam saber at the moment , the rest of the weapon slots need reloading later" Says Hikari


The Genoace enters the area Hikari and Kamui are in .


"Hmmm this does not look like the one we are looking for . But well , Good loot I guess" thought the Genoace user


"Ok Mobile Suit equip 100% complete , ALRIGHT LETS DO THIS , Hey you . You think you can take my MS that easily ? You`ll have to get me first" Hikari said confidently


"Heh don`t get so cocky kid , just because you have a MS equipped" said the Genoace user"


The battle in the G SYSTEM 01 starts off with Hikari pulling out her Beam Saber , the Genoace takes out his beam spray gun to shoot Hikari . But Hikari deflected the beam spray gun shots very easily , since Hikari knew what are the details of a Genoace , she was very high spirited that she could win the fight .


The battle continues with Hikari dodging all the shots the Genoace threw at her . Unfortunately for the Genoace , his Beam Spray Gun ran out of energy and was forced to engage in a melee combat VS Hikari . Hikari dodged all the Genoace`s slashes and stabs real easy . Hikari then proceeded to throw her beam saber at the Genoace`s right leg and it made him immobile . Hikari then dashed with her thrusters while running to gain great speed and threw a rain of multiple right knuckle punches at the Genoace , then she finished it off with a strong kick that made the Genoace heavily damaged and exploded .


"Wooohooo , that was fascinating , Sweet job Hika" Says Kamui with a thumb up


"Well , I haven`t been practicing all this time for nothing after all , well that was some good experience of battle . Not very easy though. Need some time to getting used to this , so anyways shall we head back to Marie`s place ?" says Hika while whiping her sweat off after she unequipped her Stark Jegan MS .


"Wait , hold on before we head back lemme do something first XD" says Kamui happily


Few moments later , Kamui comes back out with the Genoace armor equipped .


"Whoa , Kamui how`d you get the Genoace working again .... and you changed the color black nice" said Hikari


"Well I managed to fix it and get it working again , well you kinda killed the guy so oh well might as well use it 8D" said Kamui happily


"Lolwut , hmmm oh well . You need some better weapons on that thing though , Genoace is a REALLY REALLY weak suit" complained Hikari


"I know I know , That`s why we gotta head to Marie`s place now , lets GOGOGOGOGOGOGOGOGOOOOOOOOOOO" commanded Kamui as he grabs Hikari`s hand and dashes out of the cave


And the two set off from the G SYSTEM 01 , once they got out of the cave they started to save their thruster energy and just run to Marie`s place with their boosted MS Speed in running . They encountered some tanks and managed to fend them off real easy with the help of their newly obtained MS


But , well unfortunately Kamui nearly got trapped by an electromagnetic MS web catcher but luckily he used his beam spray gun to shoot it off and made it explode before it did anything funky or awesome to him . Oddly Hikari could not stop laughing at the moment when that event was happening instead of aiding Kamui at all . Which made Kamui quite comically mad at Hikari which caused a tag game between the two .


After some hours of adventuring in the wasteland , Hikari and Kamui finally reached Marie`s place , they entered the house which was surrounded by a scrapyard-like background . Kamui even messed around at the scrapyards for a bit before entering Marie`s house and ended up finding a nice Beam Rifle that was usable and even stronger than his weak , lame and shitty beam spray gun which did nearly no damage to a boulder . Hikari even suggested they ask Marie afterwards for permission to salvage good MS equipment if possible.


After some moments of messing around outside of Marie`s house ( which they weren`t supposed to but didn`t gave a dam ) , they finally went in to meet Marie and discuss some stuff .


"Looking around your scrapyard for spare parts or weapons ?" said Kamui with a 8D expression


"Hhmmm , I`ll let you both off the hook , after all its your business . Just don`t make me wait next time" Marie scolded


"Anyways , putting that aside for now . Ok since you both have gotten MS for yourselves , I have a letter containing some help request in a village nearby up north-west , so if you want you could take it . I mean after all you could find a clue to finding that one particular MS you want to find so desperately" stated Marie


"Anyways , we could do that tomorrow . If you look at the time its gonna hit night in 2 hours . Gosh" said Kamui with a =w= expression


"Yeah sure go ahead . Should have a lot of useful weapons and parts that lame idiots throw due to them not being able to use properly and wasting their money" Marie exclaimed with a = = expression that she wanted to facepalm


After they gotten the permission , Hikari and Kamui quickly .... and I mean really quickly equipped their MS and dashed outside of Marie`s house to look around at the scrapyard . The two ran around and dived through a countless number of scrap piles to look for usable equipment and parts , Hikari accidentally pulled a trigger of a DODS Rifle that she found in the scrapyard and it hit Kamui . Which made Kamui`s Genoace MS inoperable in one shot . This made Kamui quite mad as he had to get other replacement parts to repair his Genoace again . But he took the opportunity to customize his Genoace MS into a Genoace custom ( black colored ) which was a lot better than a normal lame and weak Genoace . Hikari also found some parts and weapons that they can use for upgrading their MS or battle usage . After approximately 3 hours of the fun activity they had . They finally went into Marie`s house to prepare for bed .


"Yeah that was pretty good , Marie`s house is a pretty comfortable place to live in .... compared to the inns in town or other places" stated Kamui with a 8D


"I agree , very comfy and weeeee place to live in . I`m glad Marie lets us to stay here for as long as we need . She`s a nice person we should find a way to tank her" said Hikari


"We should , but first of all . We should get some shut eye , I`m gonna hit the sack . Laterz" waved Kamui as he entered one of the bedrooms


"Alright , Oyasumi"as she waved back towards him 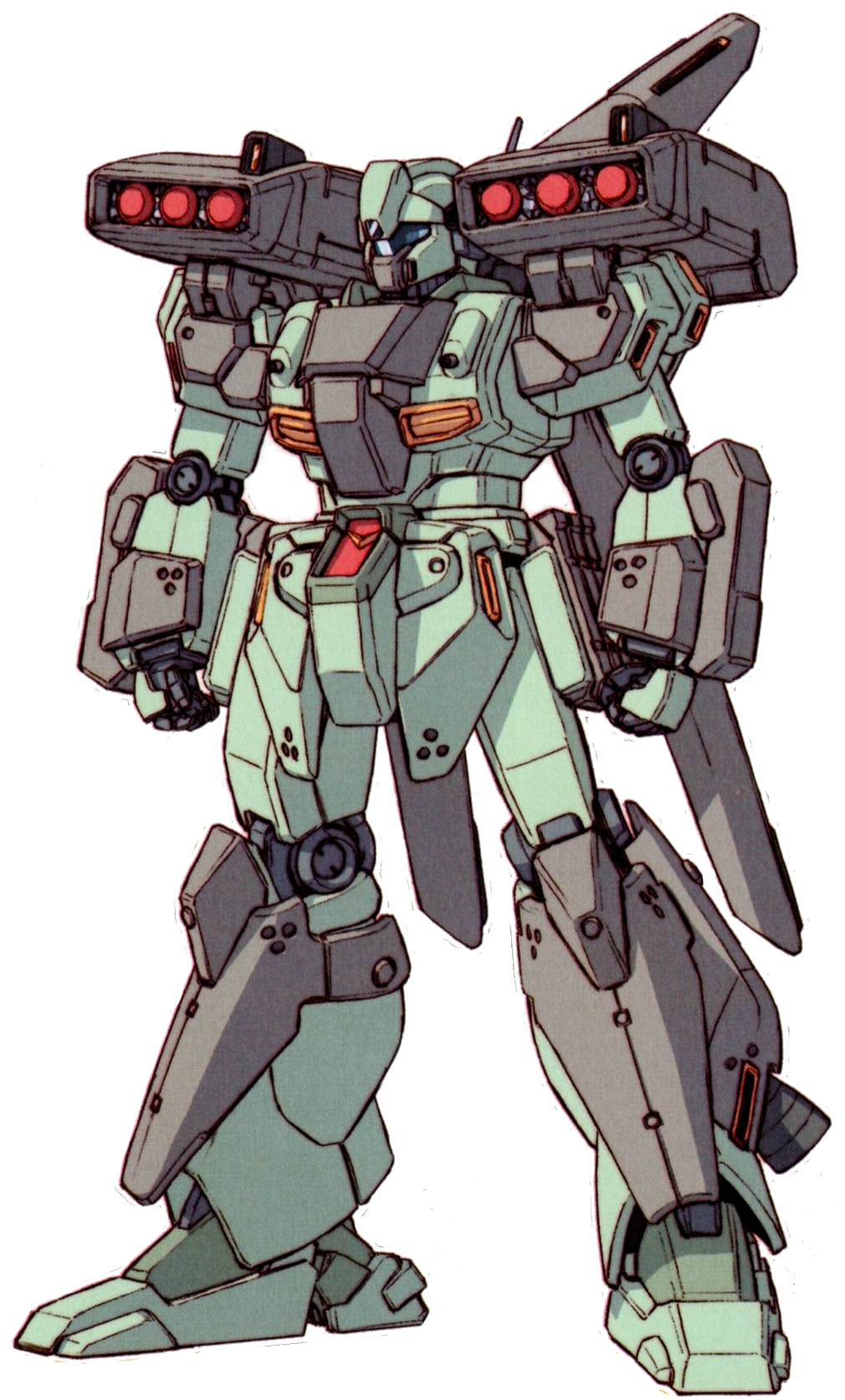 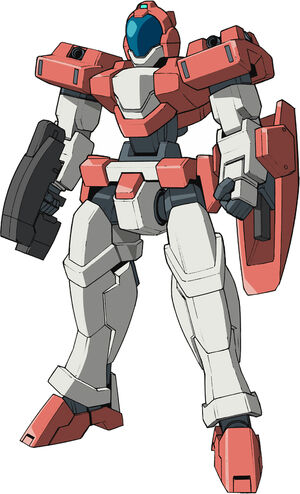 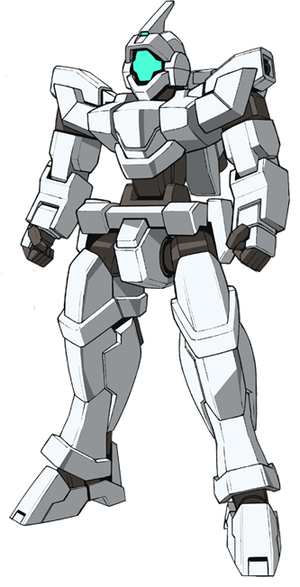 Genoace Custom : Greatly Improved and better version of the regular Genoace , Kamui has a black paintjob for it though

DODS Rifle : A very high powered strong beam rifle that can pierce many thick armor . Stronger than many other beam weapons , can be rivaled with a Beam Launcher . The DODS rifle has a limited number of shots, enough to keep a running battle going for some time but eventually repeated use without resupply will render the weapon empty. DODS Rifle can be stored on rear waist when not in use. The word DODS is an acronym that means "Drill-Orbital Discharge System . The DODS Rifle needs time to self recharge


UPDATE : EPISODE 1 COMPLETED
~In Solitude , where we are least alone~

Yandols wrote:WoW that was fast o.o
You only planned to make it yesterday and today you've done it?

I'm sure I will read after I finish reading and laminating Chapter 2 of Rocknarok Story.

^
If you're going to San Francisco, be sure to wear some flowers in your head...

Yandols wrote:WoW that was fast o.o
You only planned to make it yesterday and today you've done it?

I'm sure I will read after I finish reading and laminating Chapter 2 of Rocknarok Story.

IKR . XDDDDDDDD also I hope you enjoy it as well .
~In Solitude , where we are least alone~

o3o. So far so good, keep up the good work! I can see potential in this. Let's see how this turns out! :)

i like the story so far keep up the good work

EDIT : THX STAR FOR POINTING THAT OUT X_X
~In Solitude , where we are least alone~

Finally got the revamped episode 1 out @.@ Man that was hard
~In Solitude , where we are least alone~

Very very far from good, however it is a good start. Improve on the language, follow the usual formats for novels and stuff. You can catch up very soon.